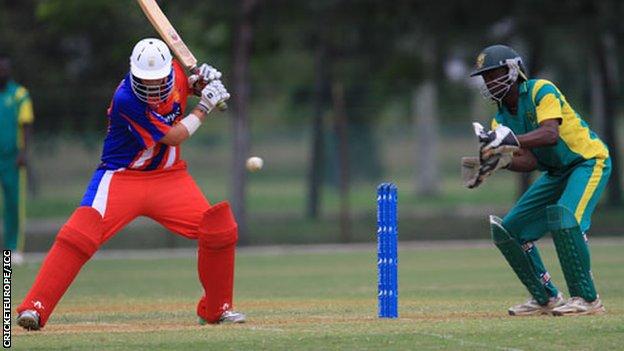 Jersey which will see them also face Vanuatu, Argentina, Nigeria and Bahrain.

The top two will make the final and be promoted back to Division Five.

The Channel Islands side last hosted a global ICC tournament in 2008 when they were runners-up in the first-ever Division Five event.

"It's always good to know the order of fixtures," Minty added.

"We know Kuwait as we've played them before and we'll prepare for them accordingly.

"Nigeria were quite good when we played them in Kuala Lumpur and Bahrain beat us in Nepal."

Jersey preparations begin this weekend with two matches against the MCC before the island heads to Sussex in July for the European Twenty20 Division One championships.

Success there would see the island side move onto the global qualifiers for the Twenty20 World Cup.