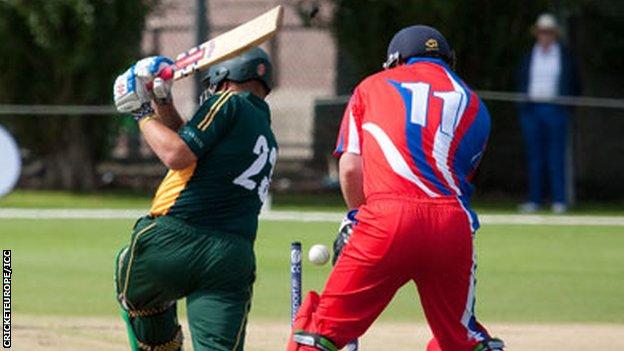 Jersey and Guernsey have been kept apart for the group stages of the ICC's European Division One Twenty20 championships in Sussex.

Guernsey open their Group A campaign with a match against Norway in Horsham on 8 July.

Jersey's first Group B game is against France at Preston Nomads, and they will face reigning European Division One champions Denmark in their third.

The top two sides from each group qualify for the semi-finals, with the winner of one group facing the runner-up of the other.

And the two finalists will go through to the global qualifying tournament for the 2014 World Twenty20.

The semi-finals and final will all be played on 13 July at Hove.

when the two islands jointly hosted the event.