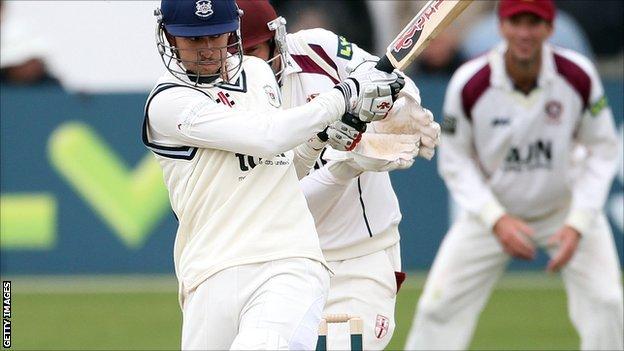 The England and Wales Cricket Board has suspended Hampshire's Glenn Querl and Gloucestershire's Jack Taylor because of illegal bowling actions.

Seamer Querl and off-spinner Taylor have both been reported on two separate occasions within a 12-month period and have undergone independent analysis.

They displayed elbow extensions in excess of the permitted 15 degrees.

The pair are suspended in county cricket until it is proved they have remedied their actions.

The ban begins with immediate effect.

Zimbabwe-born 25-year-old Querl's only first-team appearance for Hampshire this season was against Loughborough MCCU when he finished with figures of 1-20 off 10 overs.

Taylor, 21, has made four first-class appearances for Gloucestershire this season taking six wickets.