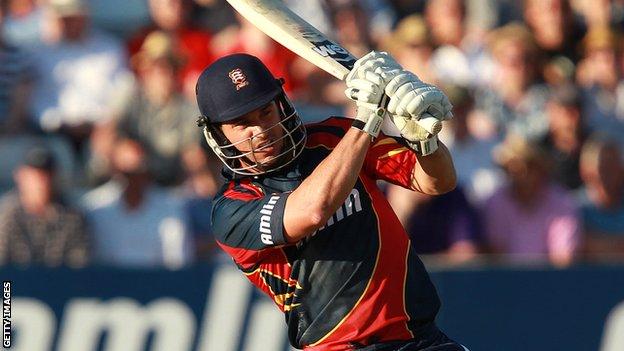 Essex all-rounder Ryan ten Doeschate was delighted his winter preparations have paid off after hitting his highest limited overs score against Scotland.

He told BBC Essex: "I've worked hard in the winter and things have fallen into place since then."

Ten Doeschate, who recently returned to the county after a stint in the Indian Premier League, also took two wickets in Sunday's game which saw the Eagles make their competition-best total of 368-7 as new signing Hamish Rutherford marked his debut with 110 off 88 balls.

Scotland were never up with the required rate, totalling 243-8 in reply.

Ten Doeschate added: "The guys laid a good platform. Once the seam flattened out a bit it became a good wicket."