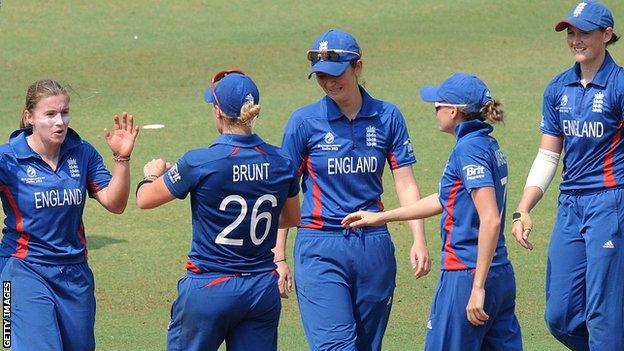 The new role replaces that of England women's head coach, which was vacated by Mark Lane's resignation last month.

Shaw, 40, will be based at the National Cricket Performance Centre at Loughborough University and will work alongside assistant coach Carl Crowe.

"Paul has already made an excellent contribution as England women's academy head coach from 2008 to 2011 and as ECB [England and Wales Cricket Board] women's & girls' high performance manager from 2010 until the present time.

"I am wholly confident that Paul has the expertise and dynamism required to ensure that the England women's team regains its number one world ranking as we embark on a new World Cup cycle."

Shaw began his coaching career as head coach at Barnsley Cricket Club - England bowler Katherine Brunt's home side - and later moved into an elite coaching role with ICC Europe before joining the ECB in 2007, and has been involved in the England women's programme ever since.

"I am delighted to be taking on this new role," he said. "I am looking forward to the challenge of leading the England women's cricket team towards regaining the number one status in the world, and working with some outstanding players, coaches and support staff as we head into a busy summer of cricket with games against Pakistan, followed by what promises to be an exciting Ashes series."

This year's women's Ashes will be decided on a points basis involving all three formats of the game, Twenty20, one-day internationals and a single Test match.