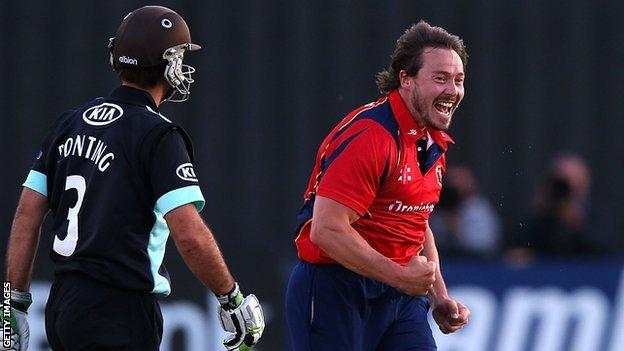 All-rounder Graham Napier took four wickets in four balls on the way to figures of 7-32 as Essex thrashed Surrey in the YB40 at Chelmsford.

Shah was well supported by Ravi Bopara (54) - released from England's one-day squad who are currently engaged in a series with New Zealand.

Napier's figures have only been bettered by Keith Boyce's 8-26 against Lancashire in a Sunday League match at Old Trafford in 1971.

West Indian Dwayne Smith bowled a quadruple wicket maiden over for Sussex against Nottinghamshire in a 40-over game in September 2009.