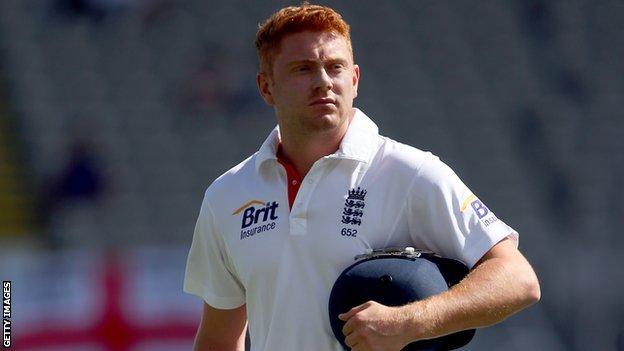 England batsman Jonny Bairstow is among five players to have extended their contracts with Yorkshire.

Bairstow, fellow batsman Gary Ballance and seamer Steve Patterson have signed contracts to keep them at the county until the end of the 2015 season.

Spinner Azeem Rafiq and fast bowler Moin Ashraf have extended their deals until the end of next season.

"We are delighted all five players have signed extensions," director of cricket Martyn Moxon told the club website.

"They have all come through the Yorkshire system and have established themselves in the team.

"These lads can become cornerstones of the side for a number of years, and along with the other players we have on long-term deals, that is very exciting for Yorkshire cricket."

Bairstow, the son of former Yorkshire and England wicketkeeper David, made his first-class debut in 2009.

The 23-year-old has since gone on to play eight Tests, seven one-day internationals and 18 Twenty20 matches for the national team and is in the squad for the Champions Trophy, which begins on Thursday.

"In Jonny's case he is firmly part of the England programme and that is testament to his efforts in his development as a cricketer," Moxon added.