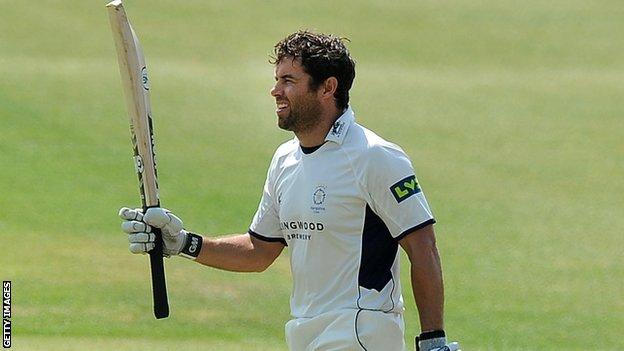 Neil McKenzie hit the 49th first-class century of his career to put Hampshire in charge against bottom side Kent.

The former South Africa batsman, making his first appearance of the season for Hampshire, was finally dismissed for 146 as the hosts made 455 all out.

He shared a 189-run fifth wicket stand with Sean Ervine, who made 86, while spinner Adam Riley took 7-150 - the best figures of his career.

"This game has more twists and turns than a popular mat game!

"Hampshire had been walking it, then Adam Riley weighed in to record career best figures and restrict Hampshire to 455.

"Kent's response with the bat was confident but after the openers eased past 100, a mini collapse, including the wicket of night watchman Adam Riley, means that Kent are back to square one.

"On this pitch you need the 'Two P's approach' - patience then plunder; there ought to be plenty more runs to come."