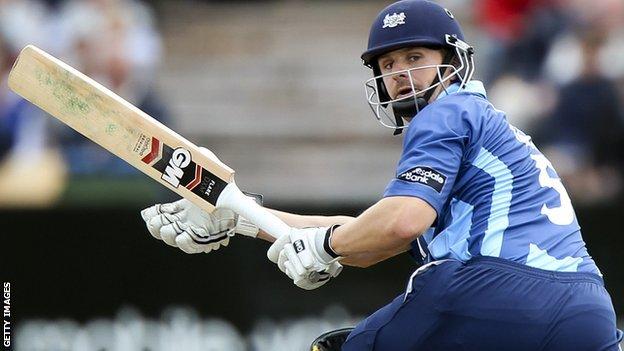 Gloucestershire batsman Alex Gidman has signed a new three-year contract with the club.

The former captain, who turns 32 later this month, is now contracted at Nevil Road until 2016.

He came through the county's youth ranks and has scored 9,198 first-class runs in 164 matches.

"I am enjoying playing with our young team and the signs are there of some real talent coming through, which is starting to show results," he said.

"My main focus is to contribute to the club winning a trophy in the next few years."

Director of cricket John Bracewell added: "It is great news that Alex has agreed to extend his contract.

"This will go a long way in helping us build a club for the future. It is very important that we retain our best players and mentors going forward."

Gidman made his first-class debut in 2002 against Derby and took over as captain at Gloucestershire in 2009 following Jon Lewis' resignation.

He was replaced as captain at the start of this season by overseas player Michael Klinger.