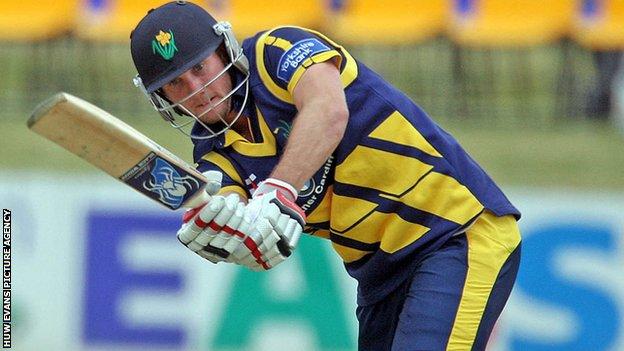 Glamorgan recorded their first-ever win over the Unicorns with a commanding display in Southend.

And this in spite of a superb bowling display by Dominic Reed who took 5-31 in his eight overs.

Unicorns were always behind the run rate, though Garry Park led the way with 74, and finished 85 runs short.

BBC Radio Wales' Edward Bevan: "Glamorgan remain in contention near the top of the table with this comprehensive win.

"The Unicorns were virtually out of the game after Glamorgan's batsmen plundered 300 runs in their 40 overs.

"Chris Cooke top scored with 98 sharing a 162 partnership with Jim Allenby who scored 85.

"Then the bowlers never allowed the Unicorns to challenge a daunting target."