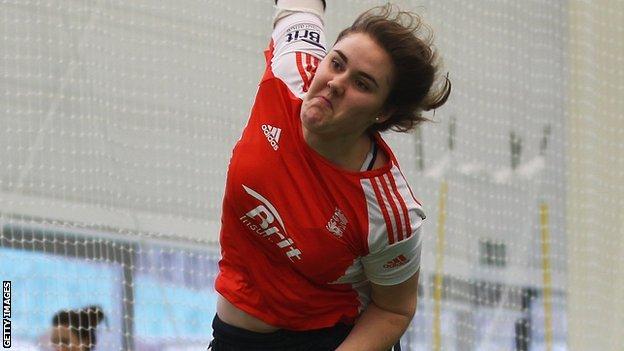 It is the first England squad chosen since Paul Shaw was appointed as head of England women's performance.

His role replaces that of former head coach Mark Lane.

Colvin has a fractured thumb, while Brunt and Marsh are continuing their rehabilitation from a foot injury and shoulder surgery respectively.

Tammy Beaumont is the only other player from February's Women's World Cup squad who is not included in the squad for Pakistan.

Fellow batter Heather Knight is only in the one-day international squad, while Susie Rowe, who missed last autumn's World Twenty20 with a fractured thumb, earns a recall to the Twenty20 squad.

The Pakistan series begins with a one-day international at Louth on 1 July, followed by another ODI and two T20 games at Loughborough, ahead of the visit of Australia for the Ashes.

England & Wales Cricket Board head of women's cricket Clare Connor said: "We are delighted to host both Pakistan and Australia in England in the next few months.

"As we embark on a new World Cup cycle, the matches against Pakistan will provide us with a valuable opportunity to refresh certain elements of our ODI strategy and to expose a wider pool of players to the international arena."