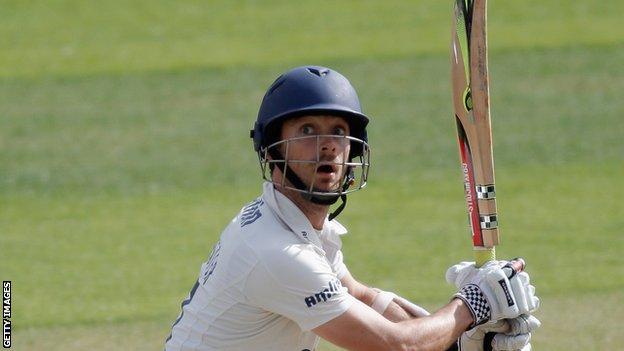 The visitors began strongly, reducing Essex to 13-3 in the ninth over to justify their decision to field first.

Left-arm spinner Simon Kerrigan (2-62) eventually dismissed both as the hosts ended day one on 268-8 as bad light halted proceeding early.

Seam bowler Kyle Hogg made the initial breaches in Essex's batting line-up, having Jaik Mickleburgh caught at third slip in his first over of the day and then trapping Tom Westley lbw.

There were also two wickets for Luke Procter, while Saj Mahmood shared a 42-run stand with Foster for the eighth wicket and was 22 not out at the close against his former club.