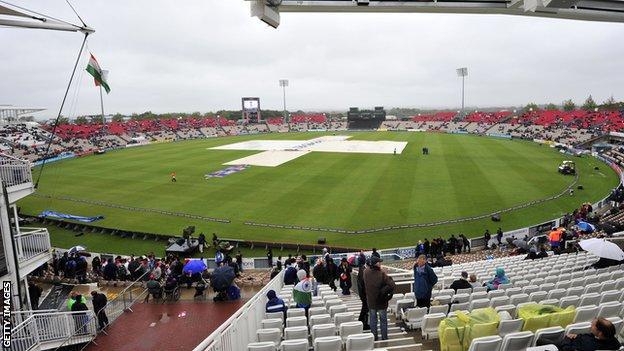 The opening day of Hampshire's County Championship Division Two match with Gloucestershire was abandoned without a ball bowled because of rain.

Umpires Ian Robinson and George Sharp called stumps at 15:15 BST after persistent rain had fallen throughout the day at Southampton.

The home side, fifth in the table, have not won a four-day game since April.

Gloucestershire, who welcome back all-rounder Will Gidman and batsman Chris Dent for this clash, are sixth.