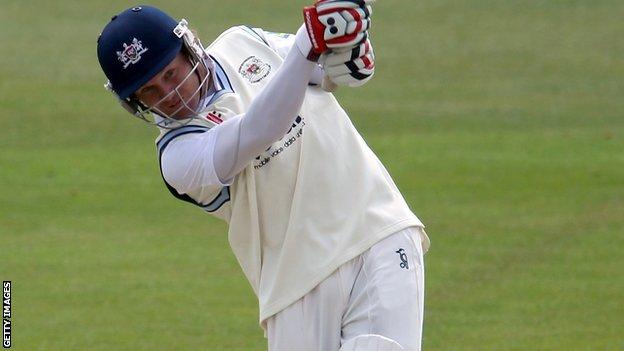 Hamish Marshall celebrated the 200th first-class match of his career with a century against Hampshire.

Having seen the opening day completely washed out at a rain-hit Southampton, Gloucestershire were put in, losing Michael Klinger in the first over to debutant Sohail Tanvir (2-68).

Will Gidman then added a patient 42 as Gloucestershire ended the day on 349-7.

"When captain Michael Klinger was out in the first over, having been put in on a green pitch under leaden skies, a day of many wickets and few runs looked very much on the cards.

"Yet Gloucestershire batted well after that, an innings centred around Hamish Marshall's marvellous century.

"They will be hoping to push on towards four hundred and set up an intriguing final two days."