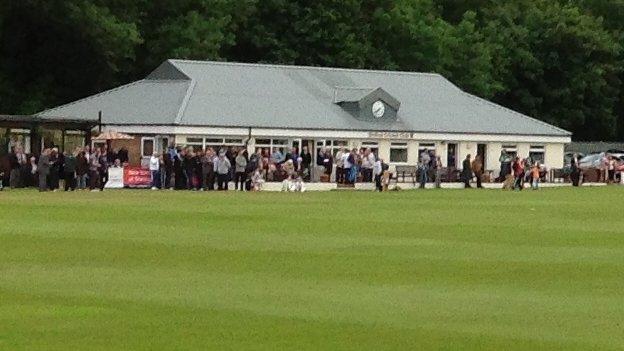 Shropshire warmed up for this weekend's MCCA Trophy quarter-final with a maximum 24-point win in their Minor Counties Championship opener.

The county, Trophy winners in 2010, face Wales at Shifnal on Sunday looking to book a semi-final away to either Cambridgeshire or Hertfordshire.

But they will now go into Sunday's game heartened by victory against Wiltshire.

Despite Wiltshire totalling 434-9 declared in their first innings, Shropshire won by seven wickets.

Having been given a pounding on the opening day at Salisbury, former Wiltshire captain Michael Coles plundering a massive 227 not out as Shropshire rallied well on day two.

Shrewsbury's Steve Leach hit 91, while 16-year-old Wellington teenager Joe Clarke made 61 on his Championship debut and skipper Richard Oliver 56 as the visitors replied with 357.

They then took eight Wiltshire wickets before the close. the home side adding just three more the following morning to be bowled out for 159, Joe Leach taking 4-67, supported by Dan Bowen's 3-27.

Shropshire then reached their target in the 38th over, on 237-3, thanks largely to a 141-run second-wicket stand between Bilal Shafayat (97) and Oliver (72), while Joe Leach weighed in at the end with 40 not out.

Shropshire go into Sunday's quarter-final with an unblemished record of four wins from as many games in their qualifying group under new captain Oliver, having beaten Lincolnshire, Suffolk, Norfolk and Wiltshire (the first ball will be bowled on Sunday at 11:00 BST - free admission).