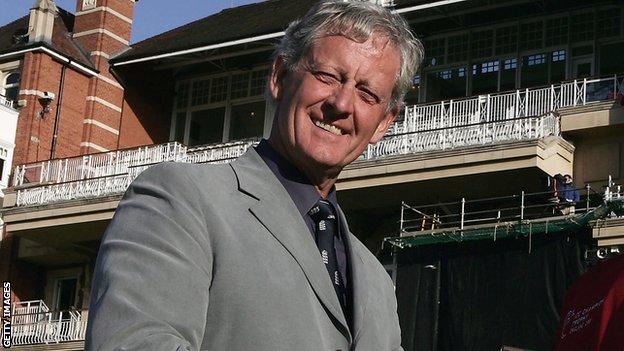 Former Surrey and England spinner Pat Pocock has criticised the current depth of slow bowling in the country.

"It's a sad indictment in the whole country, there are only two spinners [Graeme Swann and Monty Panesar] good enough to play Test match cricket for England," he told BBC Surrey.

"Those two are over 30 and after them we are really, really struggling."

As well as taking 67 Test wickets, Pocock made over 800 first-class appearances, predominantly for Surrey although he spent some time with Northern Transvaal in South Africa.

Since retiring from his day job in golf event management, he has taken up a position on the committee at The Oval.

"The England side is very good at the moment, but from my department of the game it is disappointing," he continued.

"There's eight or nine batsmen to choose from, a similar number of seamers and four wicketkeeper-batsmen who could all do great jobs in Test cricket, but we are not developing spin bowlers.

"Every county team's spinners look to me like they can only bowl in one-day cricket.

"Something has to be done. I flagged this up with the ECB [England and Wales Cricket Board] five or six years ago but we haven't got any closer to rectifying the problem."