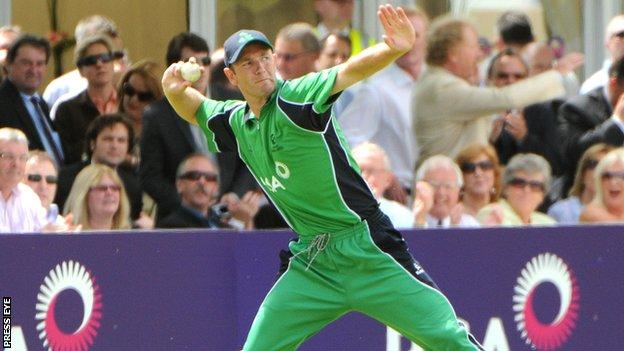 Ireland all-rounder Andrew White believes the four-day clash against Australia A at Stormont is the perfect challenge for the team.

"It's something we've looked forward to - playing quality opposition over the longer format,"

"The guys are excited, particularly at taking on their bowling attack."

He added: "They have a quarter of 90mph plus bowlers and it's a case of making sure we are mentally right.

"I've always enjoyed the four-day stuff and we've had some great victories, particularly away from home.

"Now we're hoping we can put on a good show on our own patch."

Australia A showed their strength at the weekend by hammering Scotland by 360 runs in just three days.

Their focus is on the upcoming Ashes campaign against England, but spinner Lyon is looking forward to the game in Belfast.

"Ireland are a good side so we have to play well," said Lyon.

"Hopefully we'll get some runs and wickets, and it's all part of the lead-up to the Ashes, which is our main focus.

"We'll just have a really good hit against Ireland and get our skills sharpened.

"The boys in the A tour realise that if they perform well they can move up to the highest level."