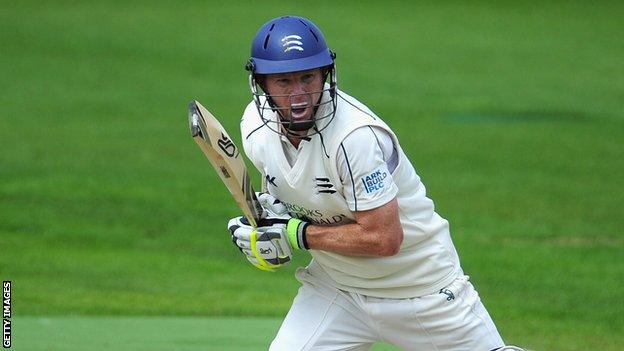 The Lord's outfit suffered their first County Championship defeat of the season after being forced to follow on.

"We have been excellent but we have set standards high," the 35-year-old Australian told BBC London 94.9.

"To not really show up is hard to take, as we have been playing so well. It is not reflective of what we have been doing this year."

It was Rogers' final four-day appearance for the county before he joins up with the Australia squad ahead of the forthcoming Ashes series against England.

"It has been amazing being part of the Middlesex set-up so far this year and I wish them well for the next bit," he said.

"I have got other things to focus on. It's all exciting and I'm looking forward to an amazing couple of months.

"But I'll still keep a keen eye on how the boys are doing and keep in contact with them."

Yorkshire's victory sees them move to the top of the Division One table, while Rogers believes missed chances were to blame for the defeat which drops Middlesex to fourth.

"If you have a good first day that can set you up," he said. "Yorkshire are a good side but, if we'd had a bit of luck on the first day, it could easily have gone a different way.

"We dropped a crucial catch with the second new ball when they were 220-4 and we could have bowled them out for 260 or 270-odd.

"Saying that, they played and missed a lot and we could have had a lot more luck. But we've had games where we've had that luck as well."