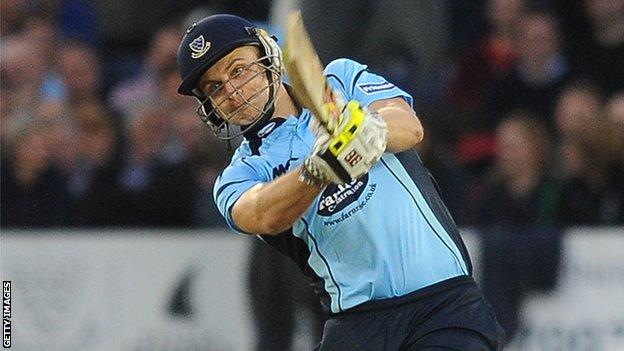 Luke Wright led a powerful Sussex batting display as they beat Middlesex by 24 runs at Lord's in the FL t20.

He was backed up by Rory Hamilton-Brown (47) and Chris Nash (45), while Tim Murtagh conceded 46 from three overs.

Middlesex made a good start to their run-chase with Dawid Malan racing to 61 off 43 balls, but Michael Yardy took 3-30 as they came up short on 178-8.

Malan and Ireland's Paul Stirling (33) launched the home side's reply by putting on 64, but the loss of four wickets for 24 runs from 101-1 in the 13th over undermined their effort to stay with the required rate.

Both sides now have one win from two games and have a busy week ahead, with Middlesex facing three games in the next seven days and Sussex taking on Surrey at The Oval on Wednesday before playing host to Hampshire at Hove on Friday.