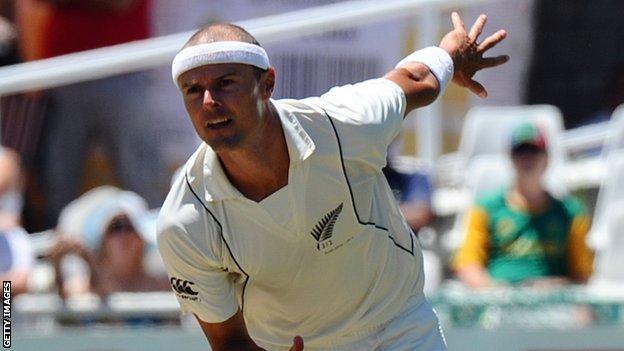 Chris Martin, one of New Zealand's most successful seam bowlers, has retired from cricket at the age of 38.

Martin's 233 wickets in 71 Tests has only been bettered for the Kiwis by legendary paceman Sir Richard Hadlee (431) and spinner Daniel Vettori (359).

But he became a cult figure among fans after acquiring a reputation as one of the worst batsmen in Test history. 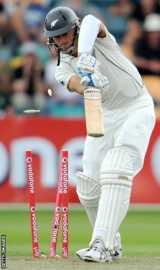 However, that was the only time in his Test career in which he reached double figures, finishing with nearly twice as many Test wickets as runs.

His total of 36 Test ducks has only been surpassed by West Indies paceman Courtney Walsh (43), who played nearly twice as many Tests as Martin.

However, Martin holds the Test record for the most pairs (dismissed for a duck in each innings), a feat he achieved on seven occasions.

Born in Christchurch, he took five wickets in a Test innings on 10 occasions, four of which were against South Africa, while his best figures of 6-26 came against Zimbabwe in Napier last year.

Though he remained a mainstay of New Zealand's Test attack since his debut in 2000, Martin's batting limitations prevented him from being selected for more than 20 one-day internationals and six Twenty20 internationals.

In first-class cricket, he took 599 wickets, also playing for Auckland, Canterbury and English county sides Warwickshire and Essex - but fared little better at the crease, averaging 3.71 with the bat.

"It feels like the right time to step down," he said in a statement.

"I have loved every second and given it everything when playing for the Black Caps, but after 15 years of professional cricket, it's time to pursue a new challenge.

"I want to thank my family, all those at New Zealand Cricket, Auckland Cricket and Canterbury Cricket for their help and support over the years.

"Wearing the silver fern has brought me a huge amount of pride and will be something I'll always cherish. Playing with a group of guys who're so passionate about doing well for their country has been very special."

Black Caps coach Mike Hesson added: "The way Chris goes about his business both on and off the field has made him one of the most respected players in the changing room.

"His stats speak for themselves, but his knowledge and experience make his presence in the group so important.

"He's been a great role model for younger team mates and will be sorely missed. We wish him all the best for the future."