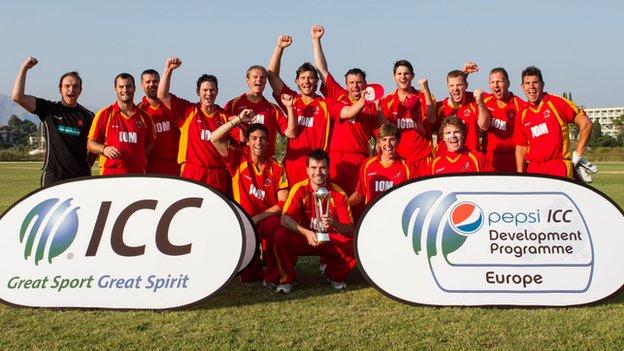 The Isle of Man cricket side face their "biggest ever challenge" when they begin their ICC Europe Division One campaign in Sussex on Monday.

Gareth Dawson's side gained promotion to the the top level last September after in Corfu.

The Isle of Man's first match will be against Denmark, last year's champions.

Dawson said it would be a "massive challenge for the Isle of Man".

He said: "It was a massive achievement for us to qualify last September and know we have gone from favourites to underdogs.

It is an enormous test and our biggest challenge yet

"This is the highest level we have competed at and we will face some quality opposition but this is what we have been training for and we are more than ready."

There are six changes to the Isle of Man squad, some caused by injury and players being unavailable.

The Isle of Man will face Denmark, Belgium, France, Germany, and Jersey in Group B.

Group A will be contested by Austria, Guernsey, Gibraltar, Italy, Norway and Sweden..

Dawson added: "It is an enormous test and unquestionably our biggest challenge yet but we have the potential to beat any side in the competition.

"The games are on first class grounds with the final going ahead under floodlights at the County Ground at Hove."