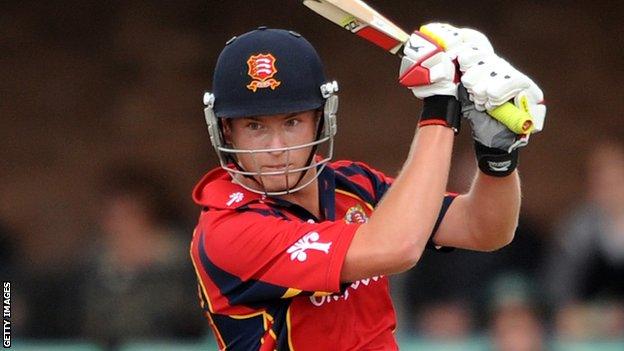 All three players had to withdraw on the third day of the Ashes warm-up defeat by the national side.

As a result, the match was deprived of its first-class status.

Opener Westley, 24, damaged a finger and had an operation on Tuesday, but Essex hope seamers Mills and Masters will be out for shorter periods.

Essex play the first of six FL t20 games in 11 days on Thursday against Middlesex.

And they will have to make changes because of the injuries suffered against England.

Mills suffered a hamstring strain and should be back in a week to 10 days, while Masters will continue to rest an ongoing Achilles problem and is expected to return in time to play Kent on Monday.

Batsman Greg Smith and spinner Tim Phillips are likely to come into the side to face Middlesex and Ryan ten Doeschate, James Foster, Graham Napier and Reece Topley could also be drafted in after being rested.

Meanwhile, head coach Paul Grayson believes opener Jaik Mickleburgh's knocks of 90 and 58 against England should stand him in good stead for the T20 schedule.

"It's baffling to a few of us that Jaik has not scored a few more runs [this summer]," he told BBC Essex.

"But we know he is a very good player with a bright future in the game and we will stick with him and keep playing him.