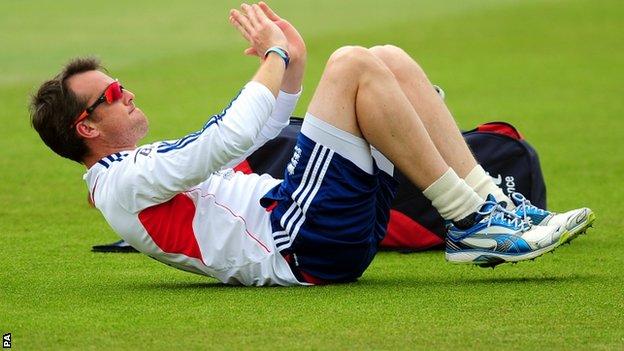 After a weekend during which Andy Murray won the Wimbledon men's singles title, England's cricketers are looking to emulate the British and Irish Lions with a series victory over Australia.

The first Test starts at Trent Bridge on Wednesday, and Swann told BBC Radio 5 live: "The country rallied behind Andy Murray and there were the Lions.

England go into the five-Test series looking to retain the Ashes after back-to-back victories over Australia.

James Anderson, who finished with 12 in that series but took 24 to Swann's 15 in Australia in 2010-11, is favourite to top the standings this time.

Swann warned against being too dependent on the 30-year-old Lancashire player, regarded as the best swing bowler in the world.

"If you have one great bowler then it doesn't make the team favourites," he added.

"The old Australia team with [Glenn] McGrath and [Shane] Warne, you could argue they were favourites going into any game.

"If we have the best swing bowler in Jimmy Anderson then you also need two or three others who are the best in what they do."

"We've done the best preparation we can and it's time to prove it on the big stage," said the 35-year-old.

"England have shown over a long period of time that they are a good cricket team. If you do that in Test cricket, then you deserve the tag [of favourites]."