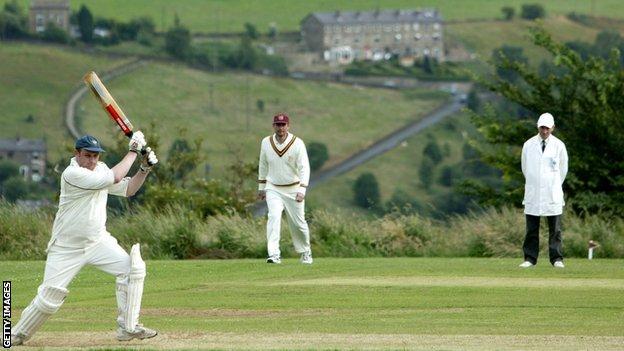 The England and Wales Cricket Board (ECB) has launched its first national survey of grassroots cricket.

The National Cricket Playing Survey is part of the ECB's new strategic plan, Champion Counties, which is designed to show how best to serve the needs of cricketers at all levels.

It will let club cricketers have a say on all aspects of the recreational game and influence its future development.

The ECB will invest £96m in community cricket over the next four years.

David Collier, chief executive of the ECB, said: "It's vital that our recreational game continues to grow so we can nurture the next generation of potential England stars and maintain cricket's position as the nation's number one summer sport.

"There's never been a better time to be involved in cricket with more opportunities to play the game than ever before for girls, women and disability cricketers as well as men and boys.

"That's why we want to hear from players of all ages, as well as anyone actively involved in local cricket clubs including coaches, umpires, scorers or volunteers about how we can make our club game even stronger."

The online questionnaire can be accessed via www.ecb.co.uk/playingsurvey.

Those who take part are entered into a prize draw for 10 pairs of tickets to next year's Test Series against India.