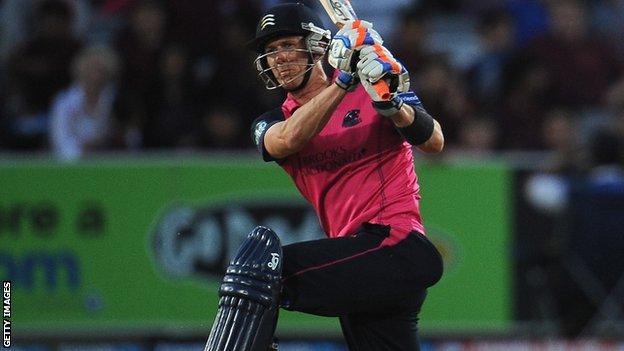 Joe Denly hit a half century as Middlesex beat Sussex by six wickets to move top of the FL t20 South Group.

Dawid Malan (41) and Denly (53) then put on a second-wicket partnership of 80 for Middlesex.

Adam Voges and Neil Dexter nudged the visitors to their target with just two balls to spare to move them above Hampshire and Essex into first place.

County Championship Division One leaders Sussex are second-bottom of the group, having won just one of their six matches.

Middlesex are one point clear of Hampshire, who have three games in hand.