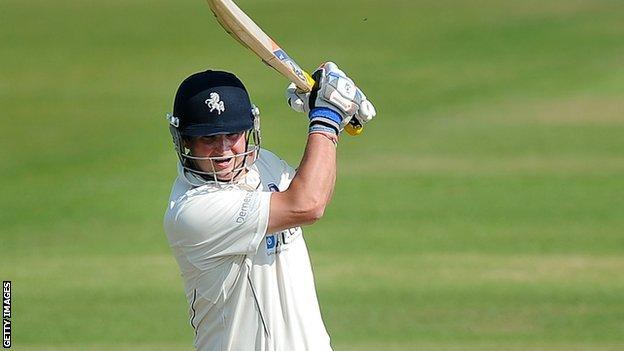 But following the visitors' declaration and the early loss of Sam Northeast for eight, Kent responded positively.

It was 19-year-old Bell-Drummond's highest Championship score and he benefitted from batting in tandem with former skipper Key, whose century was his 49th in first-class cricket.