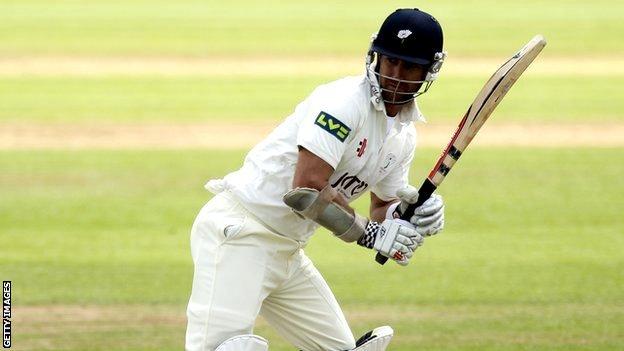 Centurions Alex Lees and Phil Jaques helped Yorkshire build a considerable first-innings total on day one against Derbyshire at Chesterfield.

Lees (171no) posted the highest first-class score of his career while Jaques (139) claimed his first County Championship hundred since May 2012.

Adam Lyth was dismissed for 10 to give the hosts an early breakthrough.

But Lees and Jaques then set a new second-wicket record against Derbyshire of 311 as the visitors closed on 367-2.

The previous record of 305 was set by JW Rothery and D Denton, also at Chesterfield, in 1910.

Lees, 20, had been and the left-hander responded by hitting his second ton in three first-class matches before finishing the day with 25 fours.

Yorkshire could have Tim Bresnan for the rest of the match if he is not selected by England for the second Ashes Test at Lord's.