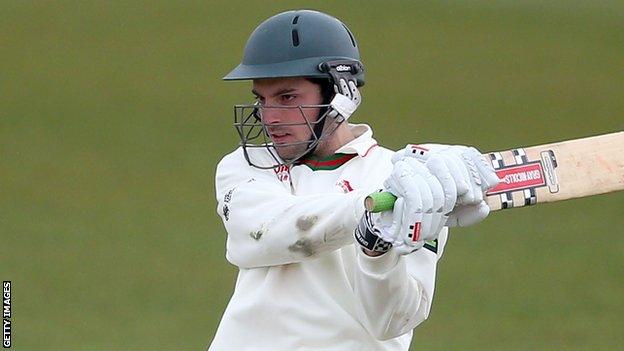 The visitors won the toss and elected to bat before openers Niall O'Brien (51) and Greg Smith (46) put on a decent partnership of 91 runs.

Right-hander Eckersley then played sensibly as he reached his 100 in 199 balls with a four off David Masters.

And Eckersley continued to the close of play to finish on an impressive 133 as the visitors closed on 328-4.