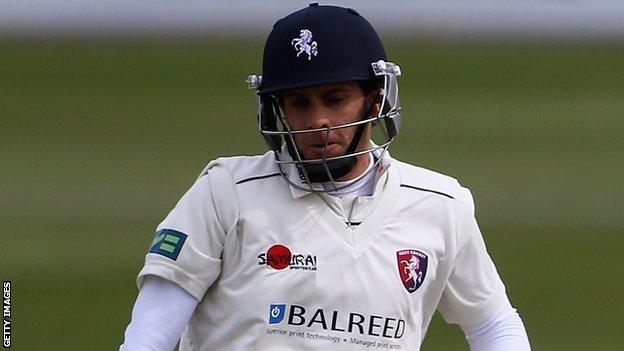 A season-best of 180 from Rob Key and a century for Brendan Nash helped Kent edge in front to leave their match with Hampshire heading for a draw.

Nash (126) followed up his total of 199 at Gloucestershire to record a second consecutive Championship hundred.

Daniel Bell-Drummond (79) only added five runs to his day two total as - with two innings of the match completed - the hosts were all out for 513.

Hampshire closed on 15-0, trailing by 93 runs with a draw looking inevitable.