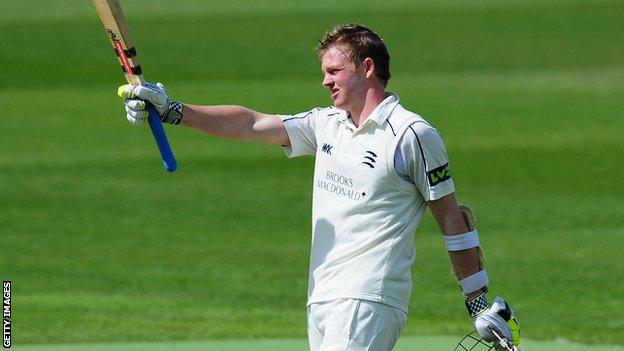 But having hit Monty Panesar for six, Robson tried again next ball but was bowled, ending his impressive innings.