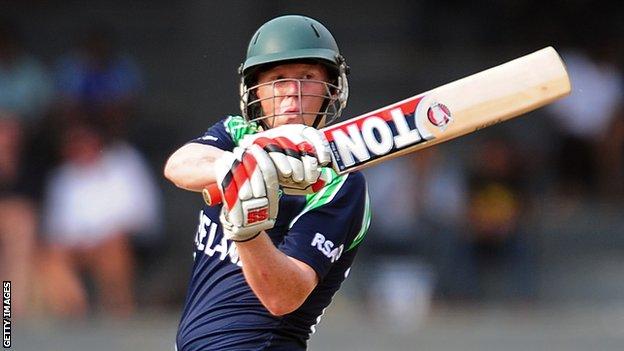 The 29-year-old, who has played 30 T20 internationals, averages 19.33 with the bat and has taken 44 wickets in the short format of the game.

He told BBC London 94.9: "The club are in a great position and personally I'm looking to go out and enjoy it and do my best for the county.

"You look around the changing room and we've got world-class players."

He added: "It's a great opportunity for me to improve as a cricketer and try and take something from the guys I'm playing alongside. I can't wait."

Surrey sit fourth in the South Group, having won four and lost two of their six matches.

It will be the fourth time O'Brien has played in county cricket. He appeared in Twenty20 matches for Nottinghamshire in 2009 and for Somerset last year and in all forms of the game for Gloucestershire in 2010.

He also holds the record for scoring the fastest century in a World Cup match with a 50-ball hundred against England in 2011.