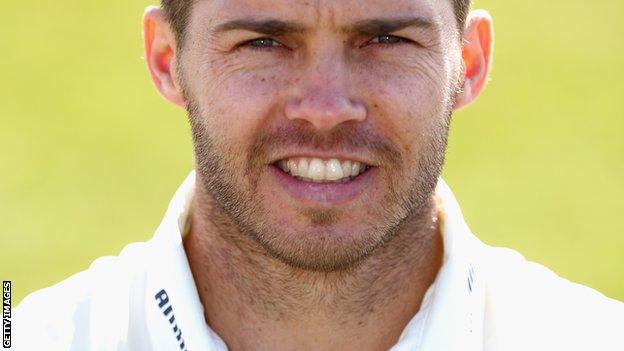 Greg Smith took 5-42 as Essex defeated Leicestershire by an innings and 25 runs in their Championship Division Two game at Chelmsford.

Smith produced career-best figures as the bottom-of-the-table visitors were bowled out for just 131.

They only managed to add 84 runs for the loss of seven wickets after starting the final morning on 47-3.

Ollie Freckingham top scored with 24 before Smith finished the game off by having last man Alex Wyatt stumped.

Australian Joe Burns (21) was the only batsman, apart from Freckingham, to pass 20 in what was a dismal batting effort from a side that has lost seven out of 10 games this summer and failed to register a single victory.

The win moved Essex up to third place in the table, but they still have plenty of work to do if they are to pip either Lancashire or Northants for promotion.

However, the performances of Jaik Mickleburgh and Ben Foakes, who made 243 and 120 respectively on day three, and Smith offered plenty of encouragement for their remaining games.