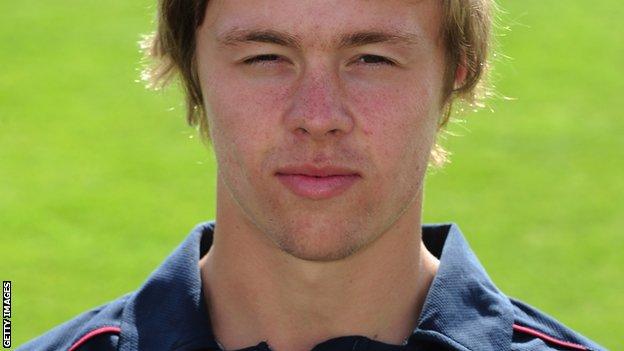 Kent batsman Fabian Cowdrey was delighted to help his side to their first Twenty20 win of the season.

The 20-year-old opener scored 21 against Hampshire in what was his first ever FLt20 appearance.

He told BBC Radio Kent: "It was just a question of going out there and having no fear. They backed me to do it.

"I knew my role. I was nervous, as anybody would be at the Ageas Bowl, but it is fantastic to say we have now got a win under our belts."

Cowdrey, the grandson of former Kent and England captain Colin and son of ex Kent skipper Chris, opened the batting against Hampshire with Daniel Bell-Drummond and put on a stand of 55 for the first wicket as Kent went on to score 143-8 from their 20 overs.

"I've opened the batting in the second XI and had success and am in good form at the moment," he added.

"Fortunately enough, me and Daniel got them off to a flyer.

"It was fantastic to come out with a win as that is all we asked for."

Cowdrey believes their victory over Hampshire, the reigning domestic T20 champions who were previously unbeaten in the tournament this year, can be a platform for the Canterbury outfit.

"We managed to pull off a pretty remarkable win, given we lost the first five," he said,

"It is great to be a winning environment again. In the past we have been a really good Twenty20 side.

"When I was sitting in the crowd as a youngster we were winning the thing.

"We can only go forward from here."