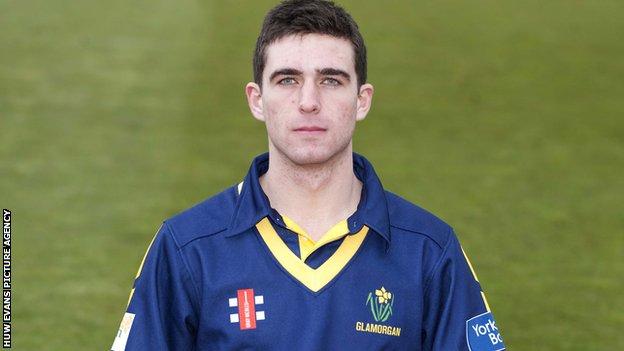 Glamorgan could give a debut to teenage Scottish all-rounder Ruaidhri Smith in Tuesday's Twenty20 match with Worcestershire at the Swalec Stadium.

Smith is a product of the Glamorgan academy system despite his Glasgow birthplace.

The 19-year-old is a middle order batsman and medium pace bowler.

Smith has played two YB40 matches for Scotland this season and is in Glamorgan's 13-man squad for the first of three successive home games.

Matthew Mott, Glamorgan's head of elite performance, has already told his players to "try and forget" Sunday's 10-wicket defeat by Gloucestershire as they bid for a play-off place in the 20-over competition.

Batsman Gareth Rees, who has struck two championship centuries in two matches, is called back into the squad, while seam bowlers Alex Jones and John Glover drop out of the 13.

Jim Allenby is expected to return to bowling action after a side strain prevented him from bowling in the weekend defeats at Taunton and Cheltenham.

Glamorgan launched their Twenty20 campaign with a comprehensive victory by 58 runs against Worcestershire under the Duckworth-Lewis Method.

Chris Cooke scored 50 from just 23 balls, the second-fastest for the club in the competition. Graham Wagg also took 5-14 to record the best-ever bowling figures for Glamorgan in Twenty20 cricket.

The Welsh county will be determined to get back to winning ways after their successive defeats in the past week to the Northants, Somerset and Gloucestershire.

Worcestershire are currently bottom of the table after losing on Sunday to group leaders Northants by five wickets.