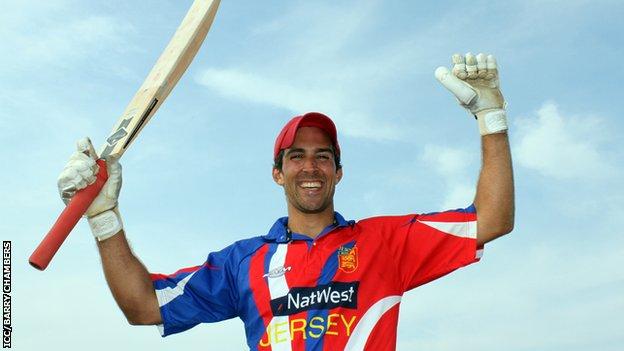 Peter Gough's century helped Jersey to a seven-wicket win over Bahrain as his side maintained their unbeaten start to the ICC World Cricket League.

"We weren't at our best but I'm chuffed at the batting," said Gough.

"Ben and Corey did a brilliant job. I was a bit scratchy at the start and I felt lethargic in the 40s but from 60 onwards I felt brilliant.

"I found some rhythm and by the end the ball was flying off the middle of the bat and I was hitting it cleanly down the ground.

Gough brought up his ton in the 39th over with an imperious off-drive to the cover boundary.

He was unable to add to his score but by then the game was Jersey's, with Andrew Dewhurst hitting the winning runs five overs later.

Jersey will face Nigeria in a top-of-the-table clash at FB Fields on Wednesday.