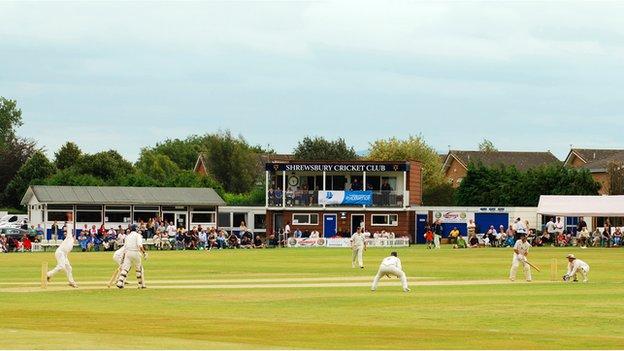 Shropshire's Omar Ali played a starring role with a century and five wickets to secure a 145-run win over Cornwall.

Victory at Shrewsbury took the county's run to 10 straight wins in competitive matches in 2013, cementing their place on top of the Western Division in the Minor Counties Championship.

Omar, the younger brother of Worcestershire's Moeen and cousin of former England paceman Kabir, was well supported by Ben Sanderson, who followed up his three first-innings wickets with 2-33.

Shropshire, who have won all 10 competitive matches since the return of Kevin Sharp to the county as coach, have two more three-day Minor Counties Championship fixtures.

They host Berkshire at Whitchurch (4-6 August) before taking on Championship title rivals Cheshire at Nantwich (18-20 August).

Richard Oliver's side also have a chance to complete the Minor Counties double as they are then due to play Berkshire again in the MCCA Trophy final on Wednesday, 28 August.

The final is to be held at Wormsley in Buckinghamshire, the picturesque private ground of the late cricket lover Sir Paul Getty.

If they also win the Western Division title, they would meet the winners of the Eastern Division in the Minor Counties Championship final (8-11 September).