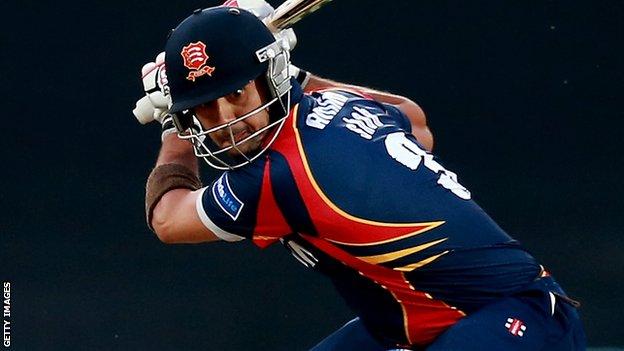 Owais Shah's 68 from 43 balls was not enough as Hampshire reached the FLt20 quarter-finals, chasing down Essex's 182-5 to win by five wickets.

Shah departed in the 15th over but Ryan ten Doeschate (28no) and Graham Napier secured a formidable total.

The hosts started strongly, Michael Carberry making 54 from 41 balls but he edged behind at 114-2 in the 13th over.

Sean Ervine and Neil McKenzie then hit 66 in six overs to set up Hampshire's victory with four balls to spare.

Essex will guarantee themselves a place in the last eight if they beat Surrey at Chelmsford on Tuesday, but can still qualify if they lose and other results go their way.