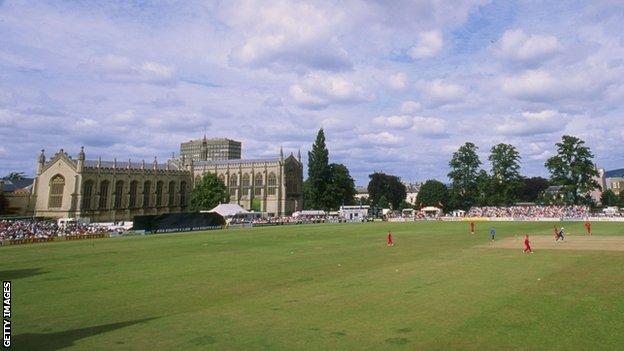 Gloucestershire have been given a two-point penalty for the poor state of the Cheltenham pitch in their FLt20 defeat by Warwickshire earlier this month.

An ECB Pitch Panel made the ruling after the umpires' report suggested that the pitch had "demonstrated excessive turn".

Gloucestershire were all out for 96, a total Warwickshire successfully chased with almost three overs remaining.

The two-point deduction will be applied in next year's Twenty20 competition.

Captain Michael Klinger and chief executive Tom Richardson had expressed regret about the pitch after the match.

Klinger told BBC Radio Gloucestershire: "Nobody expected the wicket to be in such a poor standard for T20 cricket. We apologise to the crowd for that. It certainly wasn't what we asked for.

"We always try and get the best cricket wicket we can. But, saying that, it was the same for both teams and we've just got to be better."

Chief executive Richardson told the club's website: "I would like to apologise for the state of the pitch, which was poor.

"We were extremely pleased with the four-day pitch against Kent and everybody expected something similar for this match. That did not happen."