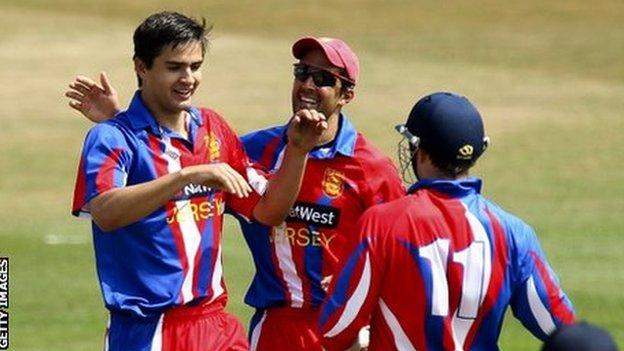 Jersey's bowlers swept through Nigeria's batting line-up as they sealed their third win in Division Six of the ICC World Cricket League.

Nigeria were all out for just 96, with only Ricky Sharma's 53 saving them from an even heavier defeat than the six-wicket margin that separated the teams.

Four players, including both openers, went for ducks while Jersey's Ben Stevens returned figures of 3-10.

Ed Farley topped the scoring for Jersey with an unbeaten 47, including seven boundaries, as his side completed a comfortable victory at FB Fields off the back of their bowlers' impressive display.

The result means Jersey are still unbeaten in a tournament they are hosting, with the defeat of Nigeria following victories over Kuwait and Bahrain.

Jersey's next match is against Argentina at Grainville on Thursday.