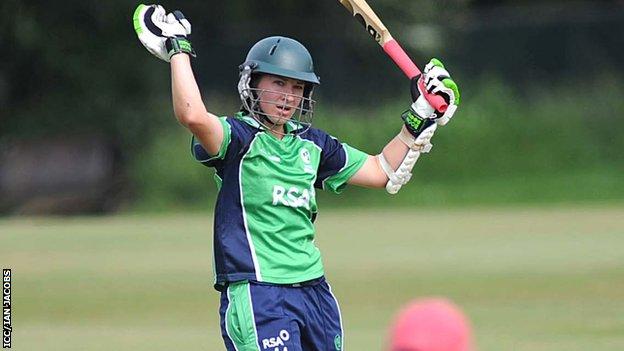 Clare Shillington continued her good form by top-scoring with 81 as Ireland beat Canada by 77 runs in their second World Twenty20 qualifier in Dublin.

Ireland made 146-7 off their 20 overs, Shillington and captain Isobel Joyce putting on 71 for the first wicket.

Ireland face a tougher task against Sri Lanka on Saturday, with both sides having already qualified for the semi-finals after Sri Lanka trounced Japan.

Japan were bowled out for 21, with Sri Lanka reaching their target of 22 off just 10 balls.

The hosts set a difficult target for the Canadians to match after winning the toss at Anglesea Road.

Ireland had beaten Japan by 117 runs in their opening Group B fixture on Monday.

The top two countries in the group qualify for the semi-finals.

The Irish are aiming to clinch one of three qualifying places for the Women's World Twenty20 in Bangladesh next year.