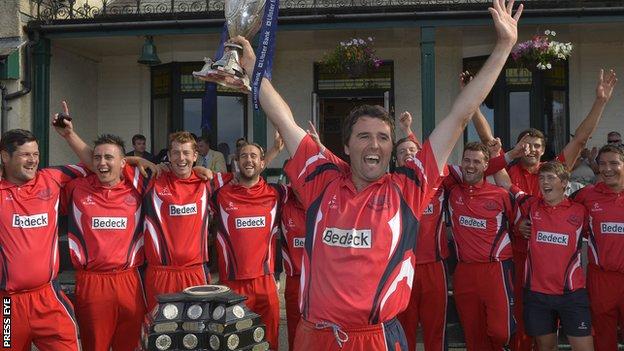 Waringstown slipped to 17-2 early in their innings but McCallan's 110 helped them reach 265-7 from their 50 overs.

Instonians put on 64 for the first wicket but then lost James Shannon and Andrew White as they slipped to 77-3.

They briefly rallied to 111-3 but then collapsed to 120-6 and Gary Kidd finished up with Inst five wickets.

With showers leading to a number of interruptions, Donemana stumbled to 125-5 after 28 overs before day one came to a halt.

Junior McBrine was 11 not out with Richard Dougherty unbeaten on 15 and play will resume at 11:00 BST on Saturday.