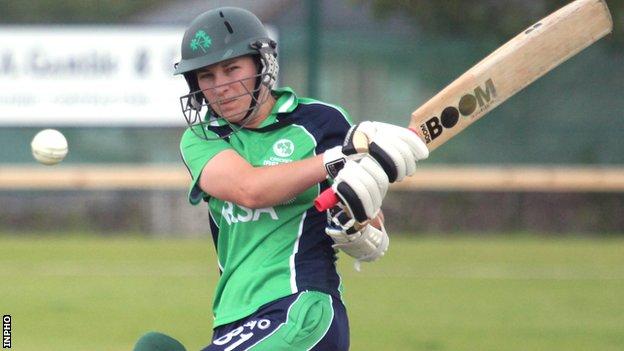 Ireland suffered an eight-wicket defeat by Sri Lanka in the Women's World Twenty20 qualifier in Dublin.

The Irish had already qualified for the semi-finals before being crushed by the Sri Lankans at Merrion.

Ireland made just 62-9 from their 20 overs and only two players made double figures, with Elena Tice's unbeaten 14 the top score.

Group winners Sri Lanka cruised to their target of 63 in 14.5 overs, with the loss of two wickets.

Ireland lost their opening three wickets for just five runs before being reduced to 39-9.

An unbeaten last-wicket stand of 23 between Tice and Louise McCarthy added a degree of respectability to their total.

Ireland will play Pakistan, who won the other group, in Monday's semi-finals at YMCA while Sri Lanka face the Netherlands.

If the Irish win they will secure one of the three qualifying places for the Women's World Twenty20 in Bangladesh next year.