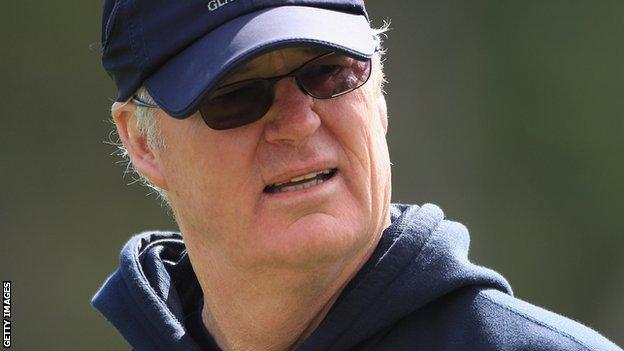 Director of cricket John Bracewell says some Gloucestershire players are putting their careers at risk because of mistakes made in the FLt20 campaign.

After only two wins from nine matches, the county can no longer progress past the group stages of the competition.

And Bracewell was left angered after their nine-wicket defeat by local rivals Somerset on Friday.

"I'm more annoyed at this game than any other game," the 55-year-old told BBC Radio Gloucestershire.

"There are certain players who are starting to repeat mistakes.

"We need to make sure they learn to learn, otherwise they will shorten their first-class careers, as I'm not sure anyone else will take them on."

Gloucestershire's hopes of progression were already over before Friday's home game in Bristol, but they could only muster 125 all out batting first - a total which Somerset surpassed with 23 balls to spare.

"It was a well-below par score and we've got to stop living in dream land, expecting we are going to get 180 from the beginning," added Bracewell.

"You've got to build a foundation to get a big score. We emphasised that at the start of the day and unfortunately we weren't compliant."

And the Gloucestershire boss suggested he may look to extend the loan of Middlesex spinner Tom Smith beyond the FLt20 campaign.

"I think Tom is an extremely good bowler. He arrived with us lacking bowling and the more he's done, the smarter he's got," said Bracewell.

"It would be nice to hold on to him. He's shown that he's a guy worth persevering with."