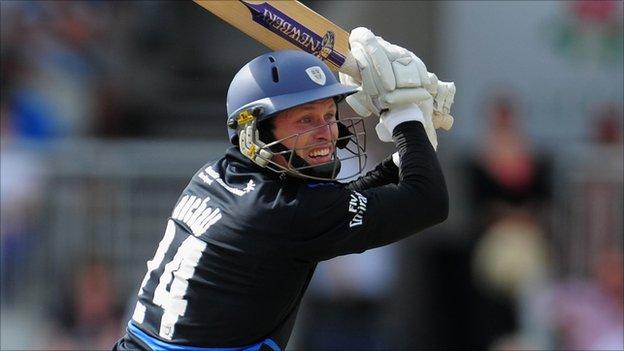 Batsman Gordon Muchall is confident Durham can take their Twenty20 form into the County Championship after a three-week absence.

Durham have won their last four games in the FLt20 competition, keeping faint hopes of the quarter-finals spot alive.

Their last Championship outing, a huge 279-run victory against Derbyshire, was sandwiched between FLt20 matches.

"We're playing great cricket, the lads are stepping up to win games for us here," Muchall told BBC Newcastle.

The Dynamos are hopeful of qualification for the last eight of the 20-over format, currently holding the highest points tally of all third-placed sides, although the South and Midlands-Wales-West groups are yet to be completed.