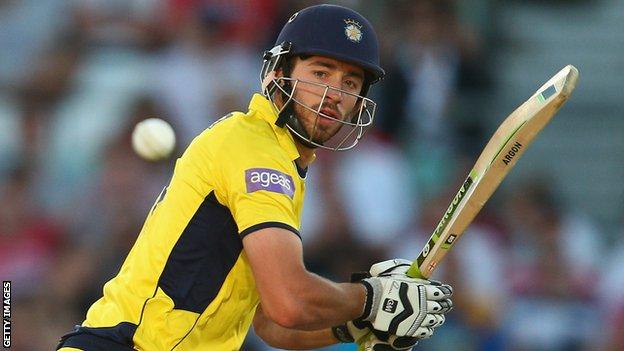 Hampshire all-rounder James Vince has signed a contract extension to 2016.

The 22-year-old has hit two centuries and six fifties in this summer's County Championship Division Two as well as taking 13 wickets at an average of 27.

He made his Royals debut four years ago and has since played almost 200 games for the club across all three formats.

"It's great that James has committed his future to the club. If he keeps developing, his career should be very exciting," said manager Giles White.