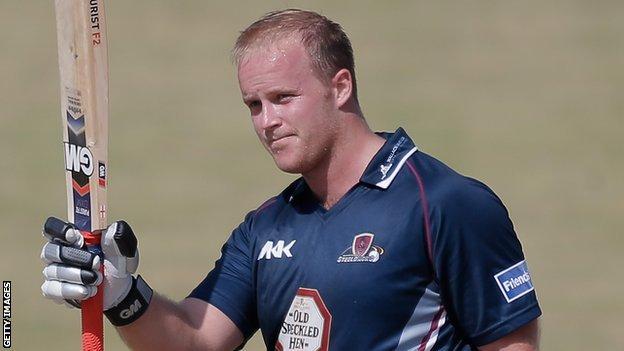 Northamptonshire will be without batsman Richard Levi for their FLt20 quarter-final.

The East Midlands side booked a home tie in the last eight with Sunday's win over Glamorgan.

But Levi, 25, has been called up to play for South Africa A in a triangular tournament which starts on 6 August.

"The door is still open for him to come back to finals day should we make it, should we be able to agree financially and Richard wants to do it," he said.

"But I'm afraid we've got no chance for the quarter-final."

Levi, whose is the highest score in the competition this season, will play in Tuesday's match against Worcestershire.

Having already secured top spot in the Midlands, Wales & West Group with a game to spare, Ripley has the option of resting some of his players.

"David Willey is having a breather. We may well rest somebody else as well - Stephen Crook or Mohammed Azharullah," he said.

"We still want to win and keep a bit of momentum but there's another massive game on Friday in the County Championship [against Gloucestershire]. We've got to manage the troops as best we can."