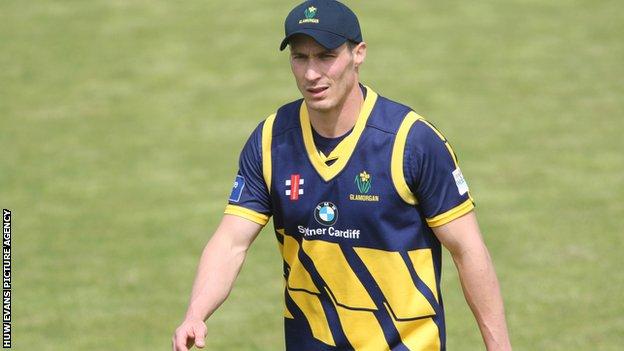 Bowler Simon Jones says he is open to an offer of a new contract from Glamorgan.

Jones, who played in Glamorgan's defeat to Gloucestershire in the Friends Life T20 on Tuesday, is out of contract at the end of the 2013 season.

"I have to play some cricket this year and see what happens," said former England bowler Jones, who has struggled with injury.

I am only 34, I have spent a lot of time off the field so the body is reasonably young in fast bowling terms.

"It's the last year of my contract and what will be, will be."

Jones, 34, returned to Glamorgan after he left Hampshire and agreed a two-year deal back in 2011.

The 2005 Ashes winner had not played since facing the Unicorns in a YB40 game in May because of the shoulder problem.

Jones also has to manage a long-standing knee injury which requires daily treatment with ice.

"I am just doing everything in my power to get myself back on the park and trying to perform there," said Jones.

"I am only 34, I have spent a lot of time off the field so the body is reasonably young in fast bowling terms.

"Whereas you have lads like Matthew Hoggard who have bowled a lot of overs in their time. I'm feeling good."

Jones played in 18 Test matches for England, including a starring role in the 2005 Ashes series against Australia, as well as eight one-day internationals.