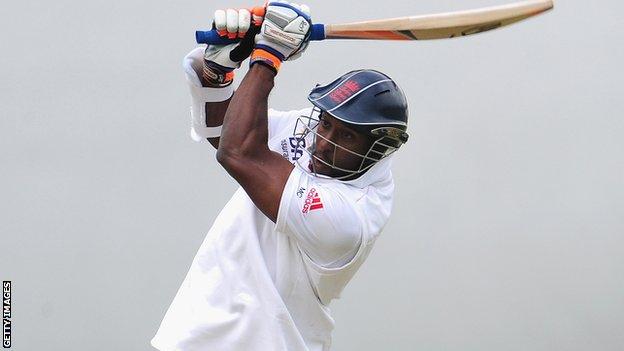 Opener Michael Carberry fell six runs short of a century as Hampshire ended day one of their Division Two fixture with Glamorgan on 261-6.

After choosing to field first, the Welsh side had reduced the hosts to 4-2 after six overs, captain Jimmy Adams and Liam Dawson both dismissed for one.

But Carberry and Neil McKenzie (46) rescued the Hampshire innings with a third-wicket partnership of 130.

Australian seamer Michael Hogan (4-66) had Carberry caught behind for 94.

After the England international had been dismissed, James Vince (51 not out) and Sean Ervine (44) added 90 for the fifth wicket.

However, Hogan returned to dismiss Ervine and Danny Briggs before the close to leave the match delicately poised heading into the second day.