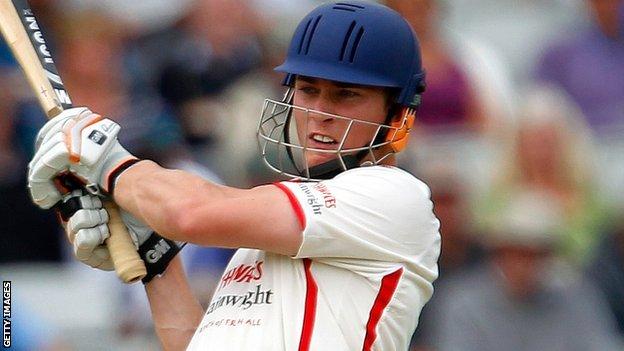 Opener Luis Reece scored 85 as Lancashire had the better of day one against Leicestershire at Grace Road.

Reece, who has one first-class century to his name, put on 104 for the first wicket with Paul Horton (59).

Ashwell Prince made 33 but Lancashire slipped from 181-1 to 219-4, with Ollie Freckingham, Michael Thornely, Alex Wyatt and Tom Wells taking wickets.

Simon Katich (62) fell to Matthew Hoggard before Luke Procter (37 not out) helped Lancashire close on 303-5.

"A good day for the Division Two leaders with three players getting half centuries, including a Championship highest score for Luis Reece.

"He and Paul Horton were the sixth different opening partnership this season but the first to put on a century for the first wicket.

"Reece, on the back of his maiden half century last time out, batted beautifully and later admitted he's now starting to feel at home in the Lancashire dressing room."