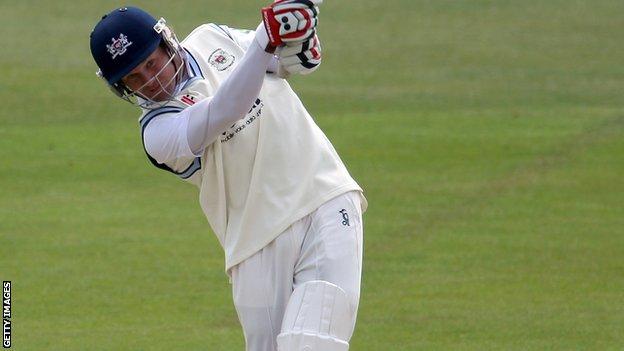 Hamish Marshall struck a brilliant 145 to guide Gloucestershire to 358 all out on day one at Northampton.

Marshall, supported by Benny Howell (60), then blasted 145 off 197 balls to leave Gloucestershire with a competitive total.

Northants successfully saw out the final two overs of play to reach 13-0, 345 runs behind.

"In a day of see-sawing fortunes, Gloucestershire will be reasonably satisfied with 358, especially after being 9-2.

"However, with Marshall and Howell going so well, a total of 400 should have been reached, and when they were both out the tail capitulated.

"Having won the toss and elected to play two spinners, including a young debutant in Tom Shrewsbury, Gloucestershire captain Klinger must be hoping for turn as the pitch grows older."